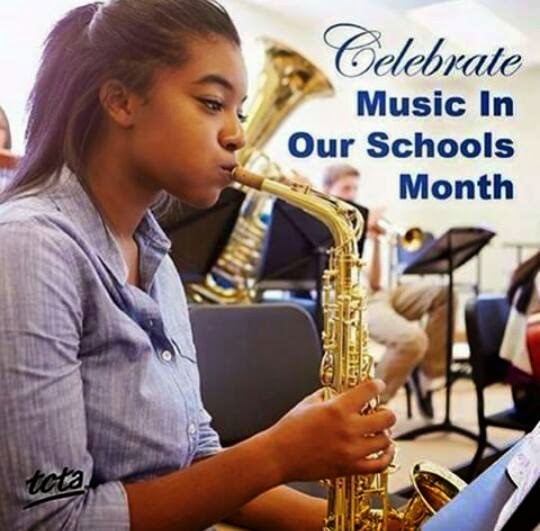 Yesterday evening, whilst browsing through Instagram, I was shocked to stumble across this picture of a young female saxophonist which promoted 'Celebrating music in our schools' month. A seemingly normal picture from a distance, it wasn't until I clicked onto the photo that I realised the mouthpiece from her instrument was missing, thus rendering the saxophone impossible to play! Her embouchure alone suggests that she intends to try and play the saxophone like a brass instrument. Still recovering from the shock, it wasn't for another few minutes that I noticed her hands were also the opposite way round to the positions they're meant to be in (which as any woodwind player will know - it's left hand on the top of the instrument, right hand on the bottom). Crying with laughter/disbelief, I naturally shared the image to Facebook where it received a similar response from my friends.

Unfortunately, this is not an uncommon occurrence. As a student at a music school, I have sat in the common room, on numerous occasions, with a number of my peers who have taken great pleasure in pointing out actors and actresses in various television shows, miming playing instruments (which they clearly have no idea how to play). A great favourite is spotting backwards violins and flutes which, in all honesty, look extraordinarily uncomfortable to hold, let alone play. But it seems our small audience aren't the only ones searching for these ill informed public images. When searching for images to include in my article, I came across numerous wordpress sites, tumblr accounts and twitter pages dedicated solely to this topic. I was especially captivated by a page I found on Pinterest, aptly named "Modelsnot Musicians" by Jennifer Thomas. The author describes her confusion as to why these companies "don't just hire real musicians so it looks authentic". Sadly, this is often the case. Instead of hiring musicians to pose/act for a advertisement campaign or the like, the company will try and pass off a pretty model as the beautiful/sexy (depending on the product) man or woman creating music.


Probably the most famous example to date of the argument of models vs musicians, is the 2014 Spring Italia Vogue edition which showed a pretty cellist on their front cover. This would have been fine apart from the fact that the cello was backwards. As a musician, seeing such a famous and prominent fashion magazine making this huge mistake is almost unthinkable. One might argue that the cello is simply an accessory in the scene as it is a fashion magazine after all and not The Strad(!) however; I find the fact that the designers for this scene didn't even check the position of the cello (let alone look it up before the shoot), kind of offensive. I also found the fact that there was no media coverage on Vogue's blatant error rather ridiculous as an uproar came from both professional and amateur musicians alike on various social media. I have found it confusing that when discussing my issue with the lack of interest from the media on the problem of false portrayal of instruments with my non-musical friends, they find even the thought of complaining about the issue 'stuck up' and inconsequential compared to everything else going on in the world. Now although I agree that these issues may not be as important as the news headlines, it's still a distribution of incorrect information.

One story that did make the headlines however, was the advert made by Free People which caught media attention because the 'ballerina' in their advert was obviously not a trained dancer. Instead of hiring a professional ‘danseuse’, the company chose to instead hire a pretty model who they then tried to pass off as this ballerina. There was an uproar from the dance industry as not only was it insulting to all the people who devote their lives to the art of dance, but it was also incredibly dangerous! As a young girl I danced (badly) with a youth company in Germany and in England and was only allowed to progress to en pointe after a number of years in strengthening classes. So I was no Darcey Bussell, but even I know the difference between good and bad (dangerous) technique. This model may look the part but once the ballet shoes are on it looks as if she's going to break her ankles - a very real possibility for someone in pointe shoes without the proper training. Like the musical instrument issue, it could be suggested that to those outside of the industry, this is just a petite argument amongst professionals. However, the reality is very different. "The advert sendsa dangerous message to young girls not developed or trained enough to trypointe. This is a gross misrepresentation of an important art form, amisrepresentation that could have been avoided with a different castingdecision."


In an age where beauty is key and talent comes second, it seems these issues raised over the portrayal of the Arts in popular culture won't be disappearing any time soon. Personally however, I'm going to keep wondering why musicians can't be hired to be photographed doing what they do best.
Posted by Unknown at 12:04 PM No comments:

A little bit about myself. My name is Sophia Alexandra and I am a young musician with a particular interest in orchestral conducting and playing the saxophone.
Swedish born, I grew up in the city centre of Frankfurt Germany, though am now based in London UK where I am completing my final year of study at The Purcell School of Music.
In my spare time I enjoy reading, writing and laughing. 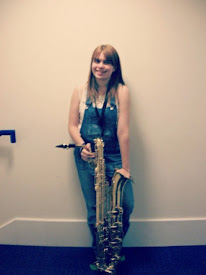